The Somerset Prostate Support Association guide to prostate problems. This page is designed to help you understand these problem, identify symptoms and what action to take. Problems with the prostate can manifest themselves in many ways and the buttons below will take you to the relevant section. 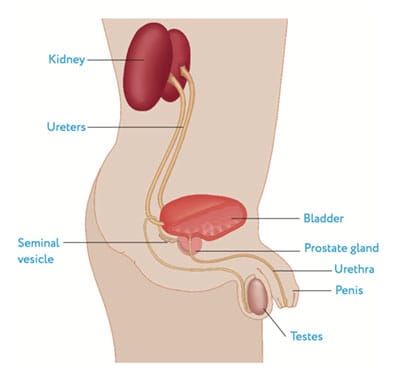 What & Where is the Prostate

The prostate is a gland found only in men and is situated just below the bladder. The primary function of the prostate gland and it's 'partner' seminal vesicle, is to secrete a fluid that provides lubrication and nutrition for the sperm produced in the testes. The mix of all three is known as semen

When a man passes urine, it flows from the bladder into the urethra and via a conduit in the prostate, out through the penis. Any pressure on the urethra by an enlarged or infected prostate will manifest itself as a symptom, most likely difficulty in urinating. 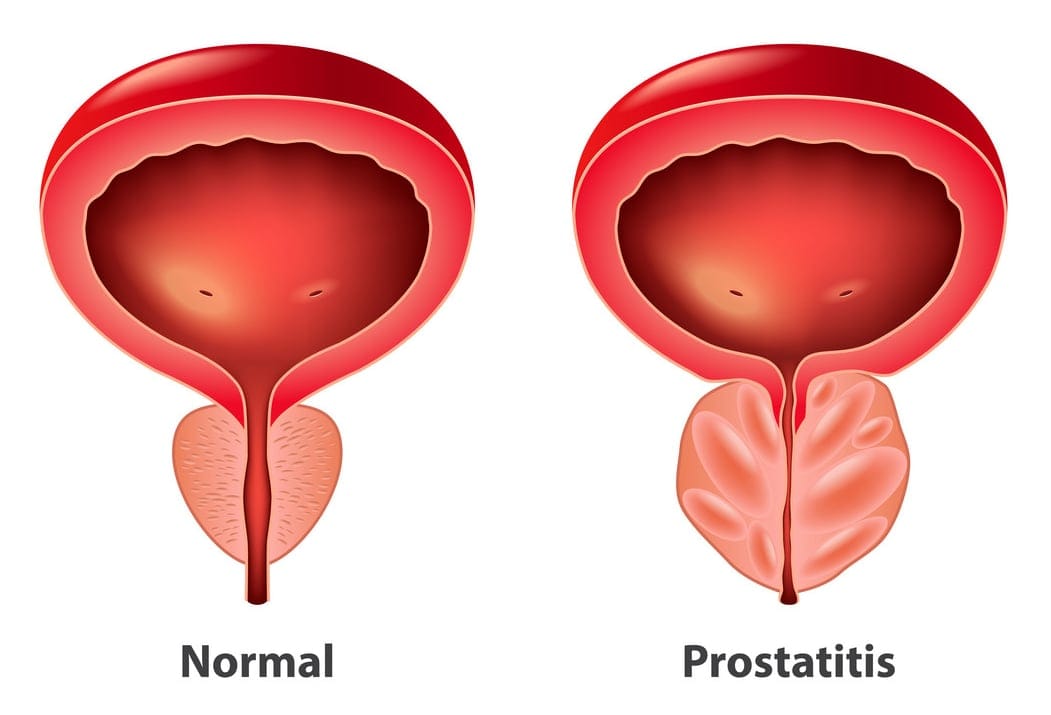 Prostatitis – Inflammation of the Prostate

Unlike other prostate conditions, such as prostate enlargement or prostate cancer, which usually affect older men, prostatitis can develop in men of all ages, commonly men aged between 30 and 50. Prostatitis is the most common prostate problem in men under the age of 50.

There are 2 main types of prostatitis:-

Chronic Prostatitis – where the symptoms come and go over a period of several months; it's the most common type and not usually caused by an infection.

Acute Prostatitis – where the symptoms are severe and develop suddenly; it's rare, but can be severe and requires immediate treatment, and is always caused by an infection. Quite often caused by bacteria that leak into the prostate gland from the urinary tract. The prostate can also be infected by sexually transmitted organisms such as Neisseria gonorrhoeae or Chlamydia trachomatis.

As men get older, the prostate gland increases in size. It is quite common for men to develop a condition called benign prostatic hyperplasia (BPH) or the simpler term benign prostate enlargement (BPE). This is not a cancer and it isn't usually a serious threat to health. Various treatments include:- 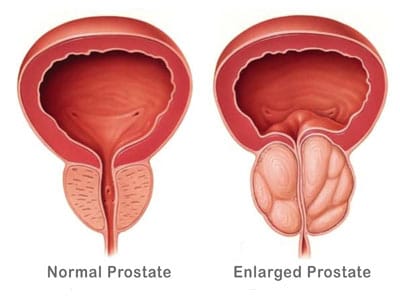 Here is a list of some symptoms that are usually caused by the benign disease, not prostate cancer. If you have any of these symptoms, please go to your doctor to have them checked as there are very effective treatments that can help these symptoms:- 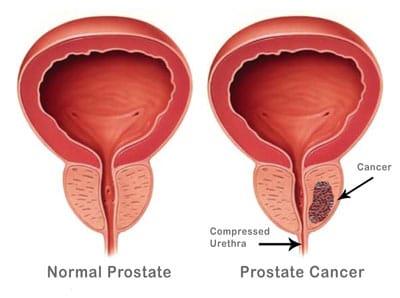 NOTE! you may experience the following symptoms if cancer has spread outside of the prostate gland. As with all symptoms of prostate cancer, they are serious and you should visit your GP URGENTLY. 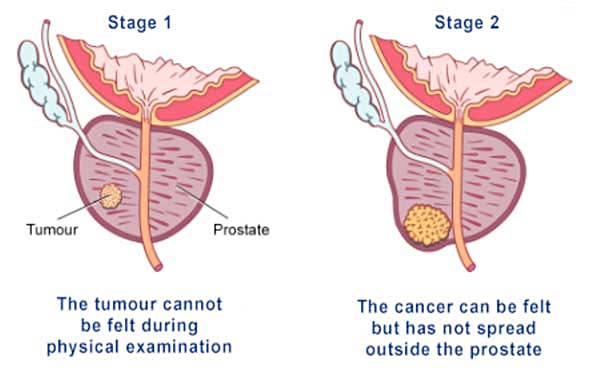 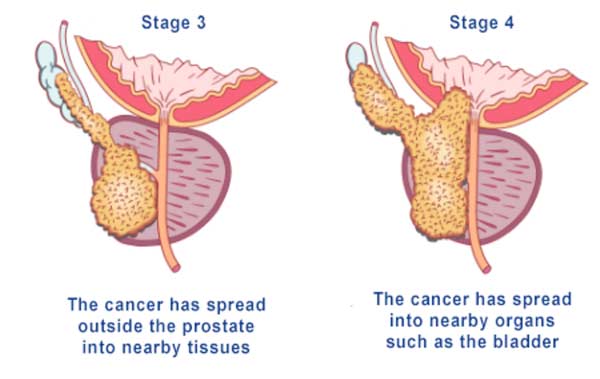